The realistic face of unemployment: I found out that the jobs crisis is particularly acute this time. Not only because 205 million people worldwide are unemployed. Nor because there is often a perceived decline in the quality of available jobs. Particularly for middle-grade workers in blue-collar jobs in developed countries.

Nor because there is a shortage of skilled and talented people earning multiples of the average wage.

The problem in today’s post-crisis world is that policymakers and practitioners everywhere are still figuring out how to create jobs. And equally important and perhaps even more so, how to do good jobs. It used to be commonplace that reviving economic growth solved the problem.

Historically, unemployment returns to pre-crisis rates with a lag after the recovery of trend output growth.

Renowned economists Edmund Phelps and Michael Spence pointed out structural unemployment in the United States. And, other rich countries rather than transitory cyclical unemployment. Globalization and technological innovation, along with the resulting outsourcing and offshoring, are causing long-term changes in the world economy. All of this alter the structures of national labor markets.

I learned that skills that were in demand in the past have been replaced by technology. Or, moved to developing countries.

Creating jobs with what you have!

And as if things weren’t bad enough, I realized that this jobs crisis in developed countries has been exacerbated by the sovereign debt crisis. With interest rates at historic lows and most Western governments having reached their “credit limit,” few still have the capacity for more stimulus, either through monetary or fiscal policy.

Ironically, developed countries must now figure out how to create jobs while living within their means, something many developing countries have accomplished for decades.

SAVE YOUR TIME NOW!

Younger people in the new face of unemployment

For developing countries, the situation is different but similar at the same time. For example, many countries in the Middle East experienced high economic growth rates over the last decade.

While disproportionately high in most regions of the world, youth unemployment is especially prevalent in the Middle East and North Africa, whose rates approach 25%, more than four times higher than adults.  Producing university graduates with industrially relevant skills is also a significant regional issue.

Being an ongoing and fundamental development issue, job creation has become one of the critical topics of discussion at the 2011 Annual Meetings of the World Bank and IMF.  Several events focused on employment, including a Global Development Debate: Jobs and Opportunities for All.

This high-level event brought together policymakers and experts from emerging countries who shared their perspectives on this hugely important issue from their respective positions.

We must address this topic that can eat our heads off with fear if we detail it if we are going to be talking about the realistic new face of unemployment.

You’ve probably already read headlines claiming that “robots are going to replace you in your job”! While there is no doubt that specific jobs will become obsolete as technology evolves, AI, automation, and robotics are not here to “take over.” They are improving what we do and how we do it.

The disruption caused to the labor market by Industry 4.0, robotization, and the rise of unmanned delivery services is already the order of the day. There are indications that changes of a significant socio-economic magnitude will occur, as opposed to the sporadic technical improvements observed to date.

This raises, however, several interesting questions: as employees, are we ready, socially and psychologically, to increase our leisure time? Can we learn from our socio-economic history when the steam engine or electricity was introduced? How did we manage the transformation of our work when the computer became an element of our working life?

Work Will Evolve at All Levels

Let me tell you, although manual jobs and repetitive tasks are the first to be affected by automation, recent advances in AI, such as machine learning, deep learning, and natural language understanding, point to a future in which administrative and even creative jobs will be equally affected.

Automation through advanced robotic technologies and AI will not only affect low-skilled jobs. There will also be economic benefits to be gained by reducing the time spent on routine tasks and services performed by people in more responsible positions and roles.

Will it become an advantage for the employee, who can spend more time on intellectually challenging tasks? Will it lead people to improve their training and development faster? We expect all these and more to happen: greater efficiency at work, increased security, and faster career progression.

New Jobs are Emerging at a Rapid Pace

The rise of automation portends the arrival of an entirely new job landscape. Since there is always a lag between adopting new jobs and the disappearance of current ones, upskilling and reskilling will be the key to success in the future job market.

Robot companions, or “cobots,” will be integrated into our workforces, and our “old” views of the difference between machine and professional will have to evolve toward developing a cohabitating, cooperative workforce.

We are already seeing a cultural backlash against automation, so the need for companies to justify their hiring processes will increase. The employment of people is another indicator of social responsibility.

Unmanned mobile supermarkets? In June 2017, Moby Mart, an example of a fully automated supermarket, was presented to the media. It is a mobile, unmanned supermarket that sells everyday household items such as bread, milk, and cleaning products.

More than a few people believe that many hard-earned professional qualifications are becoming worthless. Are you scared of the future in which economic productivity will be decoupled from actual employment? Because We will face it.

In other words, will the economy grow even though the number of people employed in a country is shrinking? And how will this be possible?

In 2016, the Japanese subsidiary of McCann Advertising “hired” an artificial intelligence creative director. AI responds to a model based on historical data. This system disrupts our conception that automation only affects manual positions and demonstrates that data-driven creativity is also possible. It will be particularly effective in roles that require a high degree of pattern recognition.

But rest assured, I can assure you that human skills are and will remain irreplaceable. Technology will complement, streamline and redefine existing jobs rather than simply replace them.

All of this can affect the new face of unemployment. Long hours spent managing spreadsheets and processing data will become a thing of the past. I know all these tasks will be streamlined through machines, allowing workers to spend more time on tasks requiring a human touch.

In addition to working with advanced technologies, junior employees will be more involved in planning, reporting, and performing analytical work, and, as a result, the skill sets required of them will change.

FIND A WRITER FOR YOUR RESUME!

The Growing Importance of Non-Technical Skills

Discernment, curiosity, and the ability to understand complex situations or contribute creatively are some skills that machines cannot replicate or replace. These “non-technical skills” are fast becoming critical elements for companies, which are increasingly looking for them in their employees.

“Recently, at a conference on applied robotics, I asked a panel of ten academics what skills they hoped to equip their students with upon graduation. They mentioned the following: inquisitiveness, creativity, curiosity, flexibility, human values, practicality, proactivity, drive, self-awareness, and passion for life. It’s a demanding list that fits with what many employers already demand and will demand in the future.”

The message from the research conducted in partnership with Foresight Factory is clear: while artificial intelligence, automation, robotics, and human enhancement technologies may offer exciting new ways to boost business activities and enhance capabilities, the greatest asset of any employee will remain their human skills.

The Future of Recruitment

Since we are discussing the future of work, we must also examine the end of the hiring process. The way we work is changing and this is why the face of unemployment is going to change.

For this reason, companies must know how to adapt to get the most out of their current and future employees. However, as with people, employees are all different. The best companies are evolving toward more human cultures towards their employees, which is essential for achieving business objectives.

The Future of Recruiting will help you understand the challenges presented by this new reality. Value employees’ interpersonal skills more highly, and you’ll see how they bring more talent to the business.

You can learn more about Skills to Learn for the Future in this article.

Previous Post HOW TO MAKE FRIENDS IN A NEW CITY

Next Post AI JOBS: How AI is Changing the Work-Life 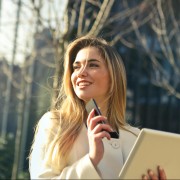