Scientists and philosophers began to address the growing differences between the generation X Y Z age range in the last century. It has been shown that ever-faster social changes lead to a particular typical cultural character in those who grew up during their onset.

The differences between the age range of the generation X Y Z are deepening so that today the world shares several fundamentally different eras. Therefore, it has never been more exciting and essential to address the issue of ages. However, if we want to complete the list of generations that can, or still, meet, not just in the work process, we must start an age earlier.

The Baby Boomers generation is sometimes referred to as the Post War generation. Sociologists most often rank this generation between 1945 and 1965, with slight variations worldwide. Like all other generations described, the “baby boomers” generation is more of an American term. They are characterized above all by great respect for the authorities, loyalty to the institutions, and security need. They prefer learning through life to the institutionalized acceptance of knowledge. They have a developed sense of hierarchical society. In the work process, they perceive technology as a bonus. They do not like to move for a job and are focused more locally. Due to the post-war increase in the birth rate, this is one of the most significant demographic groups.

Generation X includes all births from 1965 to the 1980s. Sociologically, they are a transition between baby boomers and millennials.
Generation X is called, among other things, Artificial because the “X” sign is a marketing label, expressing that young people of their time seemed to have no common goal or scale of values. Sometimes it is called Undefined Generation” as a positive definition of its identity, based on individual freedom, human dignity, a new approach to a rapidly changing world, and young people’s overall independence. The colossal fortune for X is that relatively few of them were born in the rich world of the reborn Baby Boomers. So civilization needed new young people a lot and was willing to give in to them in many ways. On the other hand, culture is mainly challenged by current approaches to work and politics. They require more powers and freedom.
The lack of long-term security replaces Generation X with an increase in personal freedom. As a result, it is a marked attitude generation, which means that they look for such values ​​and meanings worth living for the rest of their lives.

It is a generation of questions and questions that have not been expected much.
Generation Y has been growing so gradually and unpredictably throughout its existence. People worldwide have added to it as the quality of life increases and specific shared values ​​of life spread. Y listen to similar music and know similar directors, speak and think alike regardless of whether they were born in Japan or Hungary. Thus, one can participate in Generation Y during one’s lifetime, and Generation Y seems to be surprisingly probably the most robust generation after Boomers. Even lower wages and even less security pushed Y into the background. They came together and trusted neither family, nor career, nor education, nor state.
Having simple time on yourself and your loved ones is a priority for them, which should not stand in the way of old ideas about family or career.

Generation Z seems to plan to ruin the company altogether. Defined by the Internet and multiculturalism, wars and financial crises, family breakdown, and essentially a complete loss of security, Z turn to themselves and individual specialization. Their priority is education and the development of their abilities, so they continue the individualistic development established by previous generations.
Above all, they believe in solving each problem independently, so Z is expected to completely circumvent traditional social solutions.

The first generation was born entirely in the 21st century. The Alpha generation will live in a world interspersed with information and communication technologies and on the brink of an ecological-humanitarian crisis.

As for the generation X Y Z age range and habits, however, it is usually different values ​​and thus a different way of thinking. In addition, there is the Internet and other technologies that are accelerating development. Besides, the fact that the family used to live together and the grandparents could influence the thinking of their grandchildren, it is different now. Therefore, the differences in values ​​have never been more different than they are today.

If you want to know how you should do marketing for millennials you should read this article.

Previous Post Citizenship for Dominica - All to know about 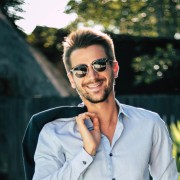