Large cities are the residence of most of the world’s population and are the centres where the economy increase. Nevertheless, having so many people and different activities make them vulnerable to various stressors such as natural disasters. Today we will talk about the consequences of Covid-19, and how they have affected some of the cities around Europe.

London was the first city in Europe that was hit the hardest during the covid pandemic, the mortality rates were increasing at a shot time everywhere. However, it was strong in terms of business activity, labour market and behaviour.

The GLA was evaluating that the fall in economic activity in London will be as steep as the national average. The jobs portals like Indeed were less active in London compared to the rest of the cities around the country, however, it seems that is been less affected in the crisis.

There is a company called ReLondon, which is a partnership of the Mayor of London and the London boroughs, that works to improve waste and resource management and transform the city into a leading low carbon circular economy. Empowered by the assess commercial waste arisings in London boroughs since COVID-19 began, and review how economic trends will impact volumes in the future.

The Goverment has giving support to many families and the residents can actually apply to the benefit cap, and the food banks have increased so much the activity during this last year.

Barcelona’s responded to COVID-19 including many innovative processes of public services. The local goverment and the society have been giving help to the essentials like the creation and distribution of equipment for COVID-19. There is a nonprofit initiative that has been saving so many people’s lives and also time.

Barcelona was really affected by COVID, the Catalan government was implementing measures to prevent the spread of infections. They created “Barcelona never stops” which offers you full information on all the municipal aid available for supporting your professional activity and tackling the effects of the Covid-19 crisis, as well as the measures to help the domestic economy. You can check it out on their website.

While covid was making us stay safe at home, we were introducing our offices into our houses and we were using technologies more than ever, like having a video call with your mum and friends, or a meeting with your coworkers. The app Zoom has been one of the best examples for it. Every user can use it and the free plan allows up to 100 concurrent participants, with a 40-minute time restriction. A good call for these difficult times!

Paris – one of the largest cities in Europe

If something we learned about this pandemic, is that not only will have side effects on people’s lives, the economy has been affected, and the environment is suffering by the human influence. Paris has an agreement about control pledges and emissions that has been making rules and procedures to solve these problems.

Social distancing and having to close business and everything around, has changed the patterns of energy use in the big cities, and last year the French economy has plunged into a deep decline of 8.3 according to the statistics.

In spite of this, the government had communicated that the economy would decrease more than the last year. Over 50% of parties to the Paris Agreement still need to improve on making a climate plan to change this situation. The governments have a valuable opportunity to take care of political goodwill and improve the coordination for the national climate commitments.

Austria was another big city that was hit by the economy and also strongly affected by the COVID-19 pandemic,
the GDP is expected to show a 7.4% contraction in 2020. According to WIFO, In autumn 2019, the European Commission launched plans for a “Green Deal” negotiations on the new Multiannual Financial Framework 2021-2027 were underway but not yet far advanced, it resumes this article.

Viena also suffered into the numbers of the unemployment rate. Around 500,000 lost their jobs during the pandemic, even during some periods in the covid times, over 1 million people were on short-time work. The most hit sector was the service one, tourism, of course, was really affected by the crisis and hospitality and events.

Copenaghen is the city of job opportunities and also the most touristic city in Denmark. However, the tourism industry had a hard impact (88% of the business) experienced a decrease in their agencies and also they had to shut down some of them forever.

In January 27,2020 they registered the first case of covid and the restrictions were right away implemented into citizens’s having a great impact on people’s lives.

The refugees who used to travel to countries like Denmark had traumatic outcomes and the most vulnerable groups had to be displaced in a very hard conditions.

While some common patterns can be observed, existing evidence indicates that impacts and response mechanisms differ from one context to another, so it is not always easy to provide identical recommendations that apply to different cities. However, like any other crisis, COVID-19 provide lessons that can be used to rebuild for a better tomorrow. 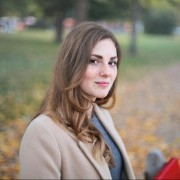